Once upon a time
Once upon a time, in the city centre of Breda, a boy was born. He grew and grew and grew until he became old enough to finally get the dreaded blue letter. Together with his father and mother, he was sitting next to the fireplace when he opened the letter and then read it out loud…

Two weeks later
Two weeks later he was standing in front of a big building where he saw men walking around in uniforms, carrying weapons on their shoulders. A building which was all about fences, gates and surveillance. THE building where he would sign up for a job for the rest of his life. He was at Gasthuisvelden in Breda to be medically examined for military service. In addition to military service screening, Gasthuisvelden was also known as the building where the tax authorities and the UVW (employee insurance) agency were located. In other words, for most citizens of Breda, this was an unloved place. They called it: the forbidden city!–

On 20 November, 18 students of Performatory, BUas, Social Innovation track visited De Teruggave with their fresh, open and curious minds. The day was about designing an experience. We talked about the power of storytelling, themed experiences, the use of marketing tools, and the use of our senses in Experience Design. Did you know that scent is the most important sense during an experience? This is because the scent is processed in a part of our brain which is close to the area were memories and emotions are recorded. What’s more, our sense of smell is also what brings our taste buds to life. After we talked about these topics in the morning, Peter van Schie introduced us to the challenges he is struggling with.

He told us the story of De Teruggave from when it was built up to the present. Citizens of Breda still see this building as the forbidden city of Breda and it still gives them goosebumps, and not in a good way. Fortunately, this building is not what it was used to be anymore, which is bound to change the feelings and emotions of the people of Breda. De Teruggave is a place where people come together to exchange knowledge, services and products with each other. Giving something and then getting something in return (reciprocity) is the guiding principle in this building. Our students stepped in to come up with ideas on how to rebrand De Teruggave building. We were there to create an experience which people will always remember. An experience which will give them a new, fresh and positive attitude towards the building. 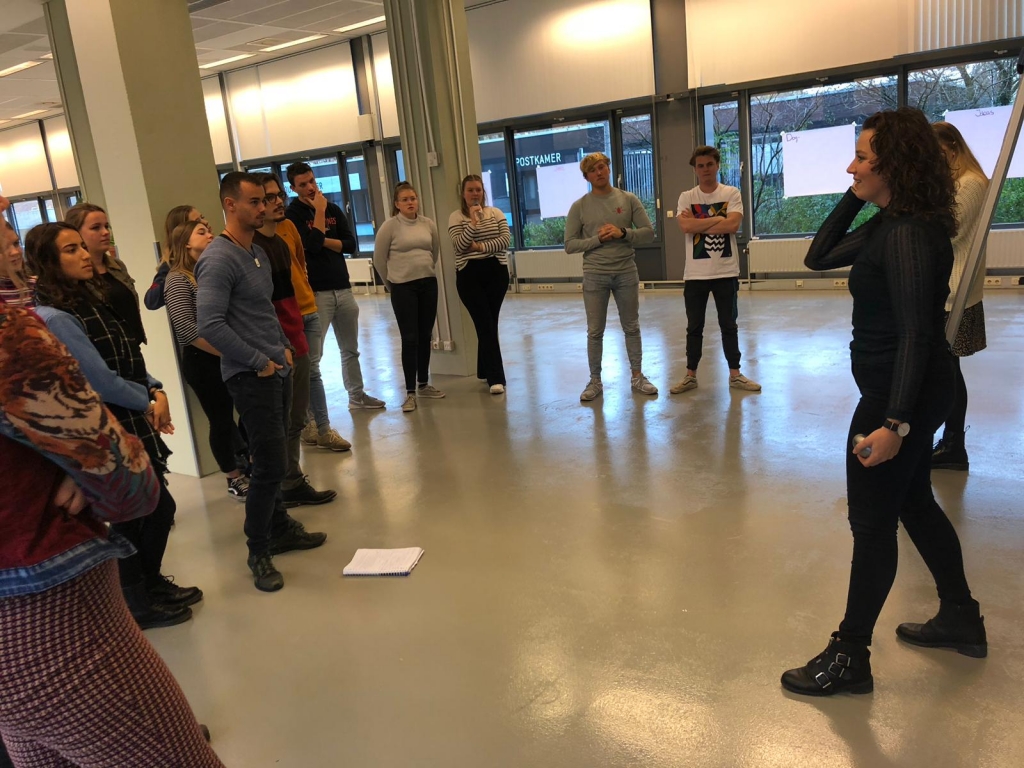 The students received the assignment
When the students received the assignment, they started doing word associations around the words ‘dog’, ‘rainbow’, ‘guitar’, and ‘carnival’. Words that you would not immediately lump together with the topic at hand. From of all these associations, four creative, out-of-the-box, new and fresh ideas were generated. One of the favourites was “the Horror House”. The idea was to redesign De Teruggave into the historical Gasthuisvelden location for a short period of time, where people used to go to for military service screening and tax problems. Only scarier this time.  Exaggerating, more exciting, so that visitors really get to relive that particular era in a new light. At the end of the Horror House route, people will get a taste of what De Teruggave building is today, to change their old views. Peter’s reaction was: “This is even bigger, this is even better!” Another idea was to invite local residents to come to De Teruggave building to cook and eat together. Or a baking contest involving citizens baking cakes in the building and sharing them with their neighbours or even selling them in the canteen of De Teruggave. This will improve social cohesion at the same time!

Peter, the client, was really enthusiastic. He said that he did not have a clue what would happen, but that we really surprised him. Mostly because the students tackled all the themes that De Teruggave is struggling with. During the presentations, he also said: “I like it, your ideas provide inspiration which opens up my way of thinking. It opens my eyes and gives new opportunities”. 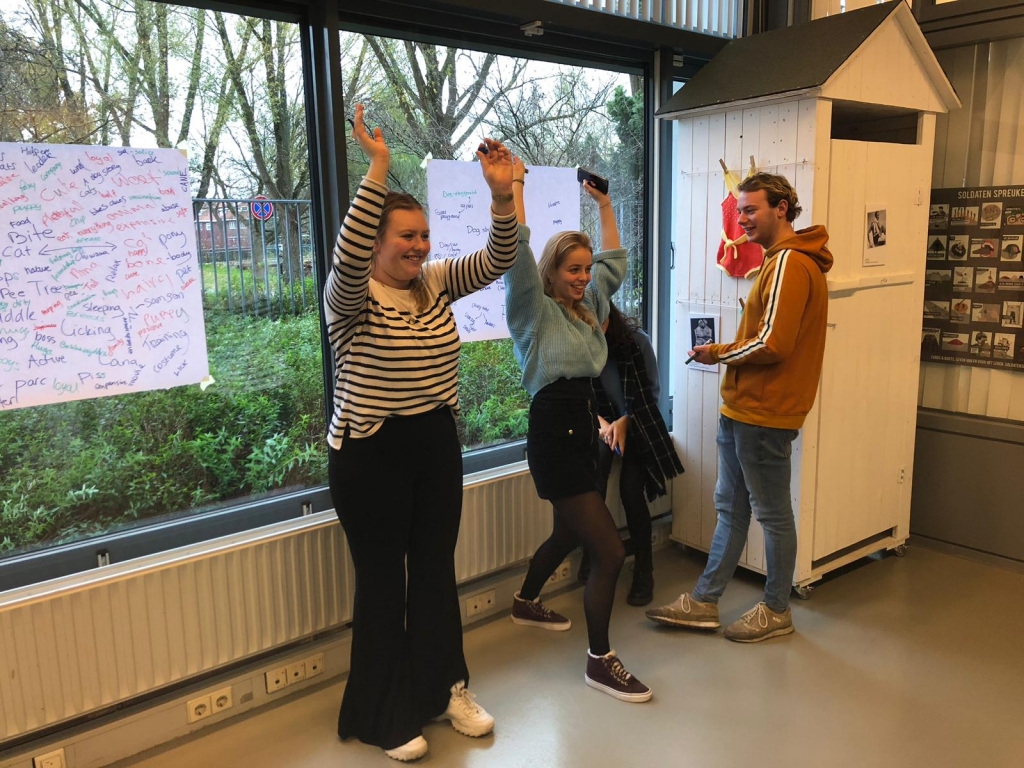 After all the hard work, leading to heaps of inspiration, the operators of De Teruggave building decided to take these ideas on board and actually put them to action. It has again been proven that the creation of experiences, co-creation and we as Experience Designers can help companies with their challenges. Sometimes problems need a new and fresh way of looking. We can help you with that! De Teruggave has already experienced this, and they will, therefore, live happily ever after.

“Did you know that scent is the most important sense during an experience?”

“For most citizens of Breda this was an unloved place, but times are changing!”